Enslaved: Odyssey to the West is an action-adventure video game set 150 years in a future post-apocalyptic world following a global war that has destroyed most of the human race and left the world to be plagued by robots, known as "mechs".
The robots still plague the land, and are still following their programming and seek to completely eradicate humanity.
Main characters are Monkey and Trip: the two of them have a strained relationship but in order to survive this perilous world they are going to need each other's help.
Developed by Ninja Theory, written by Alex Garland and published by Namco Bandai Games, the game is a re-imagining of the novel Journey to the West. Andy Serkis does the motion capture for Monkey.

Collections based on the Enslaved series 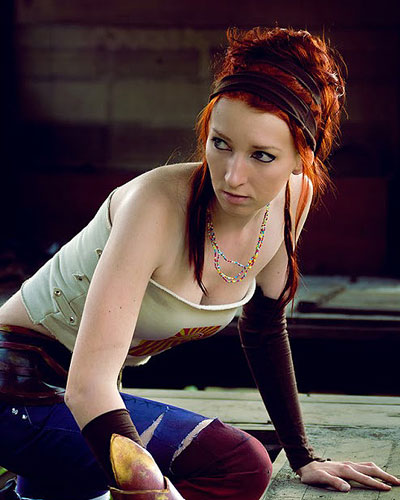 Trip is Enslaved in Odissey to the West

Trip is Enslaved in Odissey to the West

Trip embarks on a dangerous travel to return to her village on a planet Erth plagued by robots left over from the war.