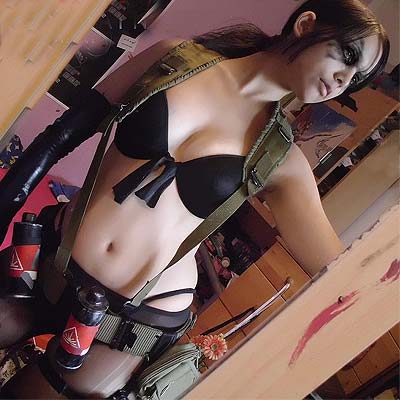 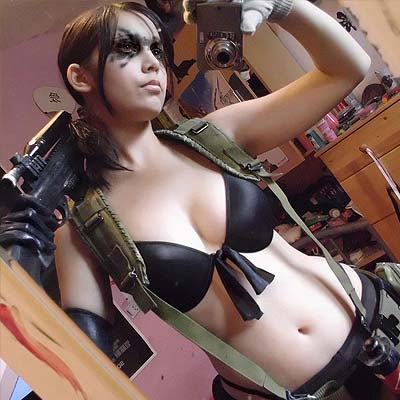 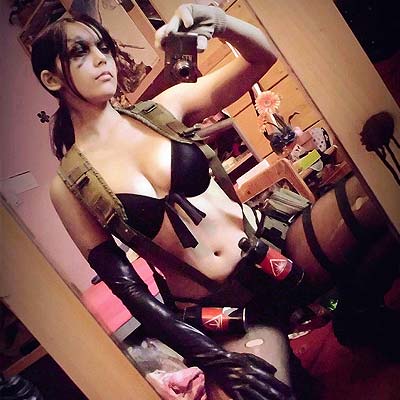 Quiet, a sniper deprived of her words, from MGS V 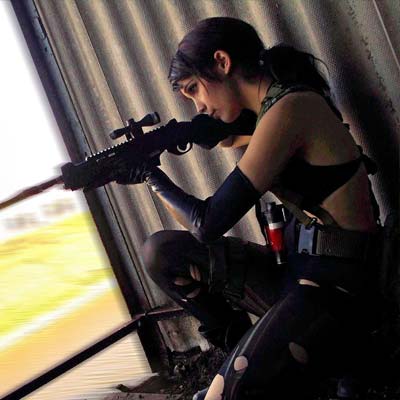 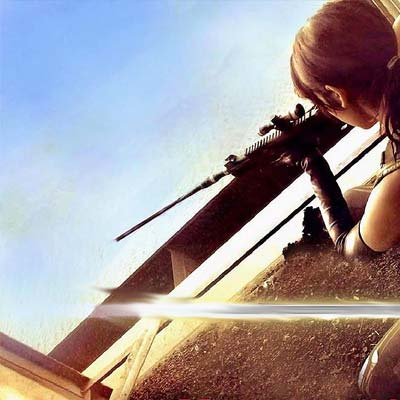 Quiet is a female sniper / assassin 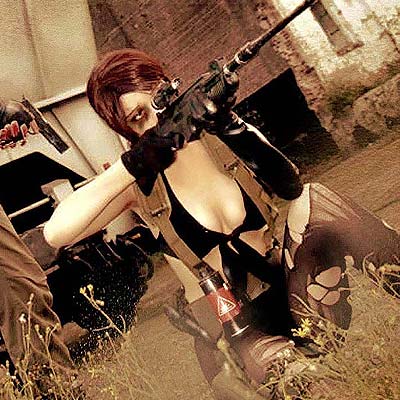 Game director Hideo Kojima tweeted that Quiet and some of Metal Gear Solid 5: The Phantom Pain's characters were redesigned to encourage cosplay.
Quiet is the main heroine in Metal Gear Solid V video game. She’s a silent female sniper with supernatural abilities and has been a topic of controversy, concerning the depiction of women in video games.
Cosplayer Kallisi is the last but not least to play as the sniper deprived of her words.

Metal Gear Solid is a video game series directed and co-written by Hideo Kojima, developed by Konami. It has spawned numerous sequels, prequels and spin-offs, comics and novels.
MGS is considered as the game which founded the stealth genre: the player must usually guide the protagonist through the game's areas without being detected by enemies.
Metal Gear Solid games are always very well received and are usually a commercial success, shipping million of copies worldwide and scoring high ratings at GameRankings and Metacritic.
Metal Gear Solid V: The Phantom Pain is the latest installment in the Metal Gear series and probably the last designed by development studio Kojima Productions.