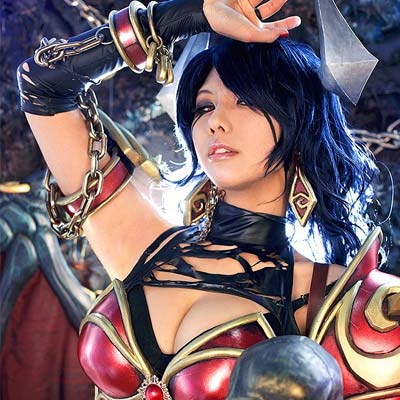 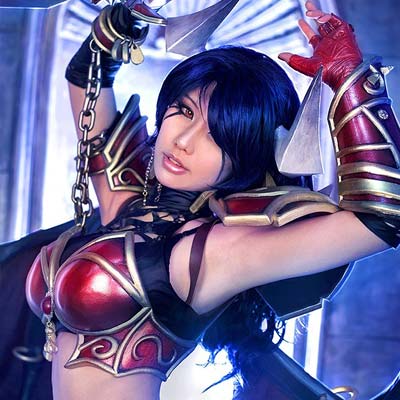 Tasha in Queen of Pain cosplay from DOTA 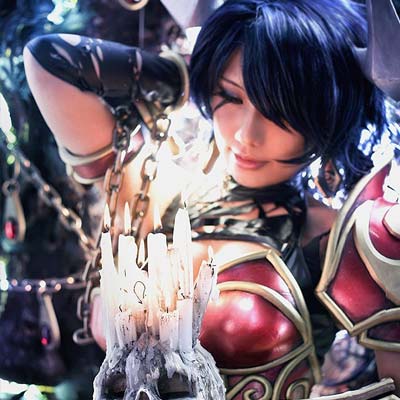 Cosplayer Tasha is Akasha the Queen of Pain 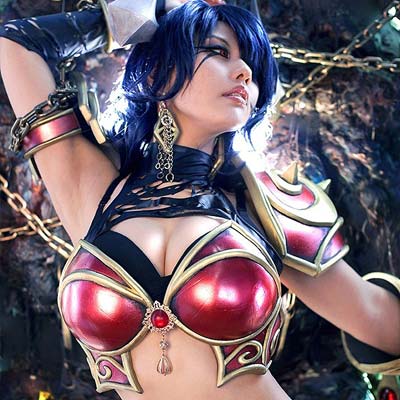 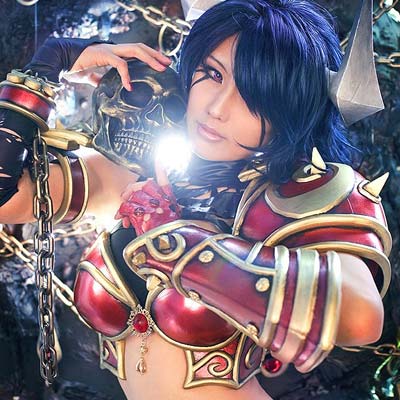 Akasha the Queen of Pain cosplay 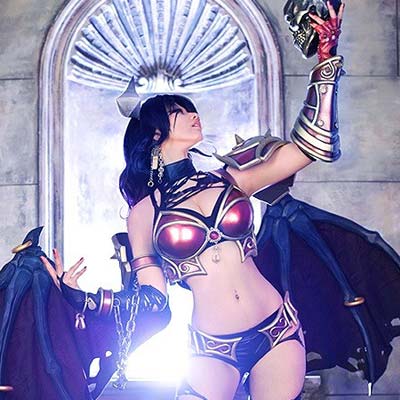 Tasha is Akasha in DOTA's Queen of Pain cosplay

DOTA’s Queen of Pain Akasha enjoys nothing more than inflicting massive pain and damage on her foes.
She uses her abilities to close in and deal huge area damage to the enemy, unleashing her Scream of Pain and Sonic Wave, able to devastate an entire team at once.
Although fairly fragile, Akasha excels in ambushing enemy heroes: deadly on offense and nearly impossible to catch, she strikes without warning.
Beautiful cosplayer Tasha is an even more dangerous foe: our beloved Secret Queen from South Korea could bring us to the brink of pain in a blink of an eye.
They say pain is all in the mind, but they're wrong: it's all in our hearts, broken by her torturing beauty!

Dota is a free-to-play multiplayer online battle arena (MOBA) video game developed and published by Valve Corporation. The original Defense of the Ancients (DotA) is a multiplayer online battle arena mod for the video game Warcraft III: Reign of Chaos, based on the "Aeon of Strife" map for StarCraft.
The game is played in matches between two five-player teams, each of which occupies a stronghold in a corner of the playing field.
Since its original release, DotA has become a feature at several worldwide tournaments and has a widespread professional scene, with teams from across the world competing for prize money and glory in various competitive leagues and tournaments.