Skarlet was known simply as The Lady in Red 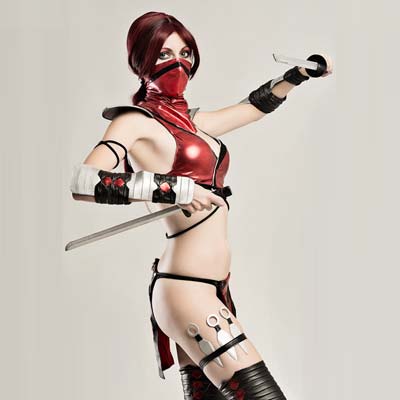 Skarlet is a very ferocious opponent composed of blood 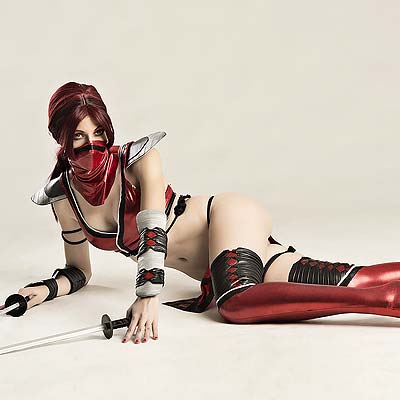 Skarlet is a literally bloodthirsty warrior 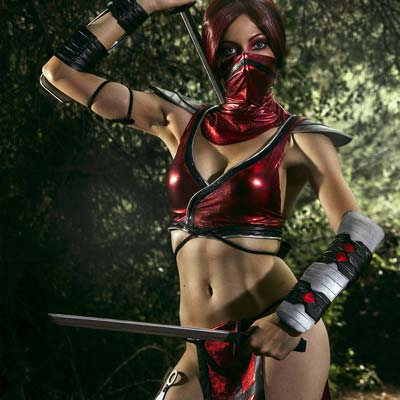 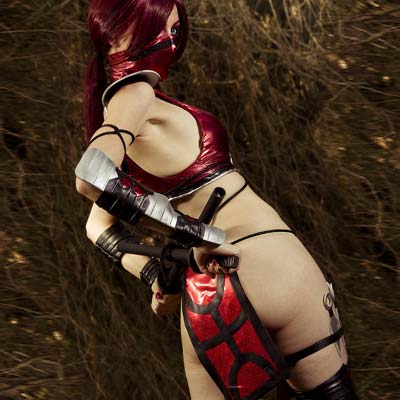 Skarlet utilizes a slew of blades during combat 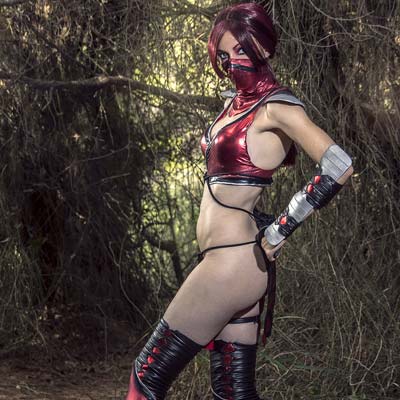 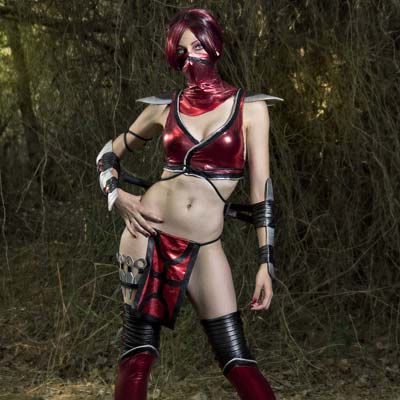 Skarlet is actually a being made by Shao Kahn himself 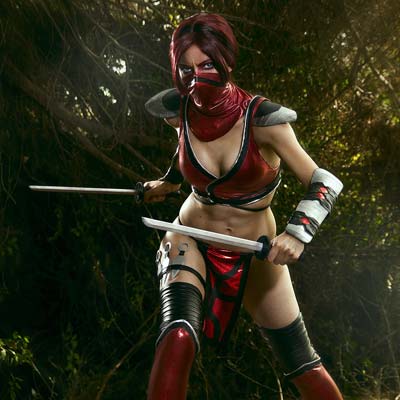 Skarlet has four kunai strapped onto her right leg

Skarlet is a very ferocious opponent composed solely of blood. A literally bloodthirsty warrior: she gains strength during combat from her opponent's blood, absorbing it through her skin. Shao Kahn created Skarlet by collecting the blood of countless warriors, and infusing them with sorcery.
The Lady in Red is another great artwork from cosplayer Nebulaluben (Laura Sanchez) and photographers Hidrico and Jesus Clares: she wears a tight ninja half-face mask, red high heeled boots that run up to her knees and has unnaturally red hair.

Mortal Kombat (commonly abbreviated MK) is a popular series of fighting games created by Midway, known for high levels of bloody violence, including its Fatalities (finishing moves, requiring a sequence of button inputs to perform).
The game was originally developed as a reaction to the popular Capcom fighting game Street Fighter II and was especially noted for its digitized sprites and its mix of bloody and brutal action.
Its graphic Fatality killing moves contributed to the founding of the ESRB rating system.
The original game has spawned many sequels, several action-adventure games, films, and television series.