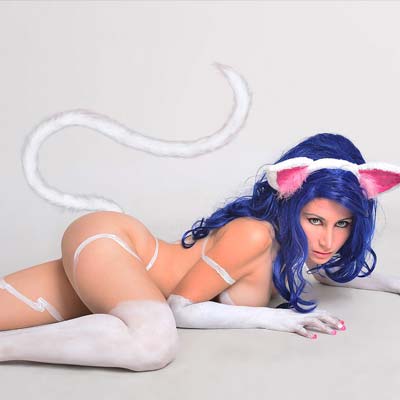 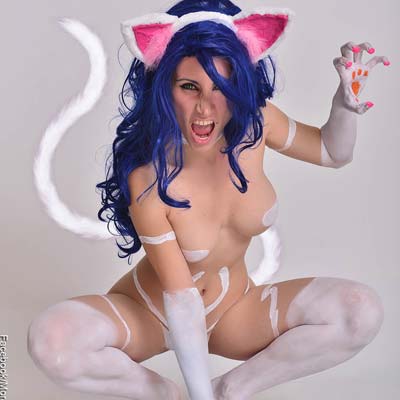 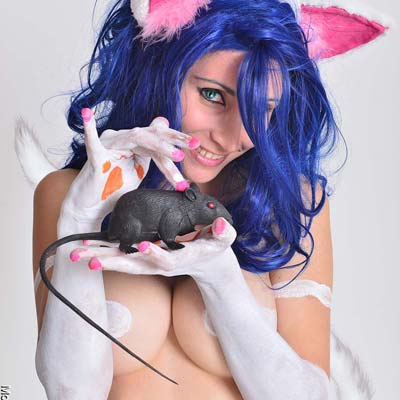 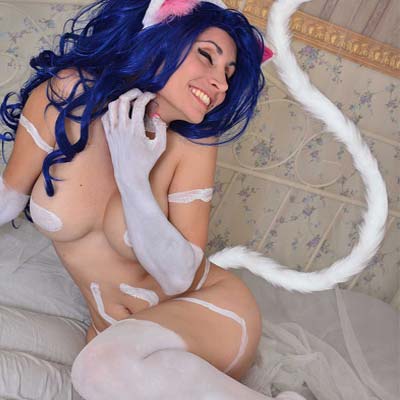 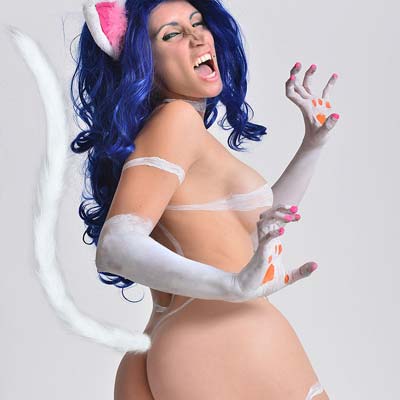 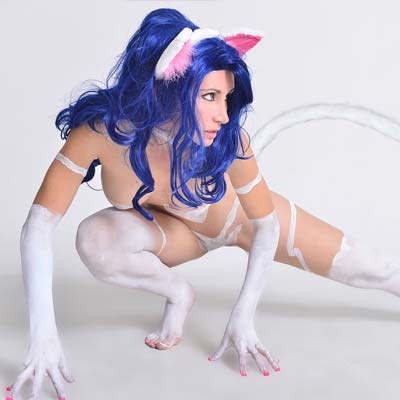 What better way to celebrate a spook-tacular Halloween than with our beloved Darkstalkers monsters?
Morgana Cosplay has a special way to play trick or treat: she wears only bodypaint in this photoshoot that leaves little to the imagination.
She embodies Darkstalkers' Felicia, an energetic and optimistic catgirl who enjoys making friends with people: adults will surely like this spooky Halloween cosplay!

Darkstalkers is a series of 2D Gothic horror-themed fighting games developed and published by Capcom.
The series features characters based on either various kinds of monsters or their hunters, based off well known fictional characters and monsters ranging from vampires to werewolves. They are all engaging in combat against each other in a gothic horror universe that features a highly stylized, cartoonish graphic style.
Some characters appeared in other Capcom games as well as in a few crossover games released by other companies, because the Darkstalkers series shares many similarities with Street Fighter main fighting series.