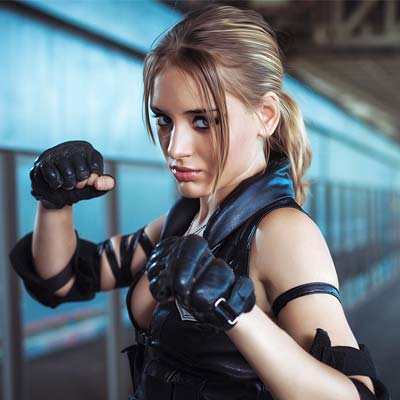 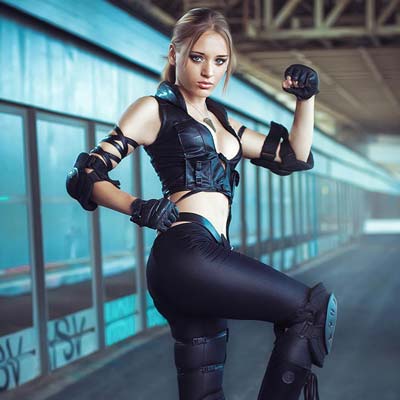 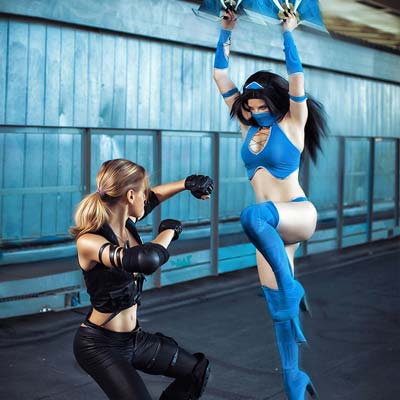 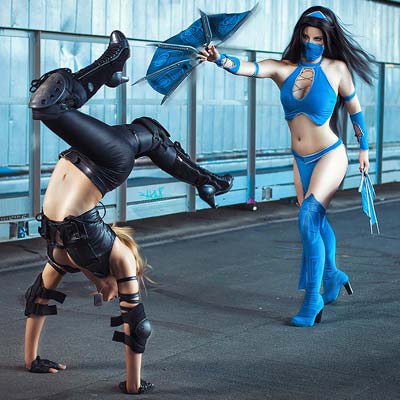 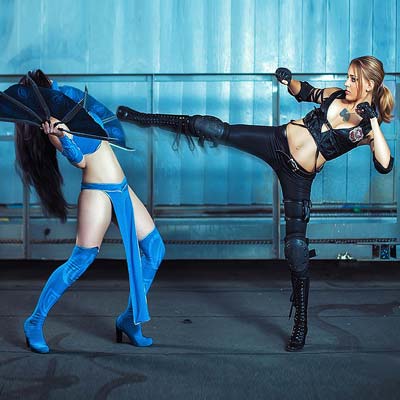 It’s Fatality time between Edenia realm’s Princess and Earthrealm's Special Forces unit champion.
The beautiful Anastasya Zelenova and Sonya Maltceva are Princess Kitana and Outer World Investigation Agency’s Sonya Blade.
Both of them fight for protecting their loved ones and their realms: perhaps this clash will end with a Babality?

Mortal Kombat (commonly abbreviated MK) is a popular series of fighting games created by Midway, known for high levels of bloody violence, including its Fatalities (finishing moves, requiring a sequence of button inputs to perform).
The game was originally developed as a reaction to the popular Capcom fighting game Street Fighter II and was especially noted for its digitized sprites and its mix of bloody and brutal action.
Its graphic Fatality killing moves contributed to the founding of the ESRB rating system.
The original game has spawned many sequels, several action-adventure games, films, and television series.