Faith uncovers the dark secrets behind the city of Glass 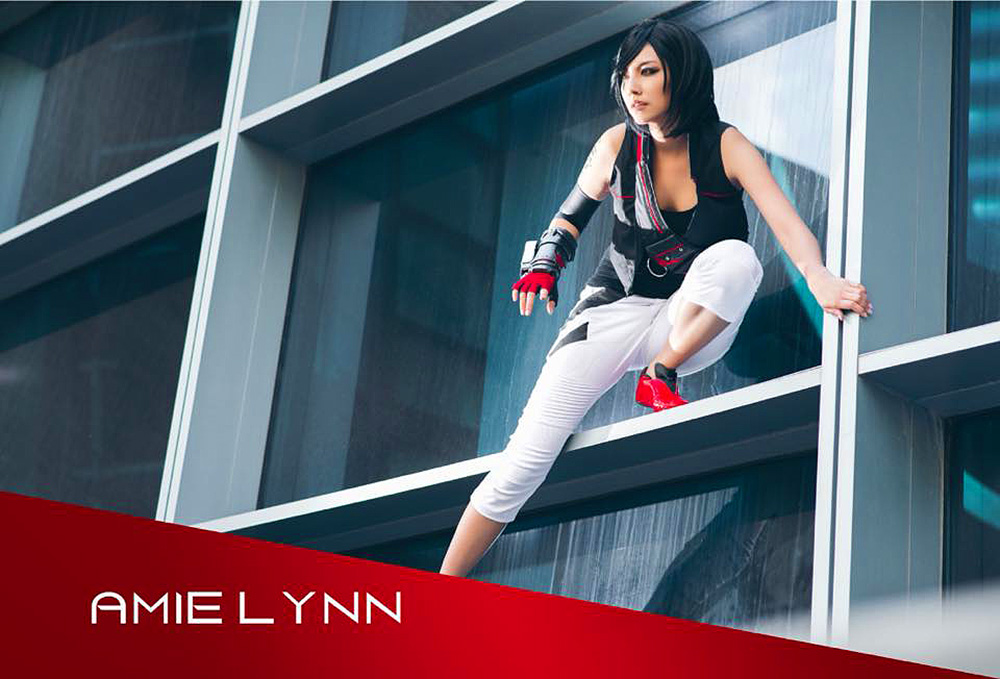 Faith Connors' family was killed years before the events of Catalyst. During the November riots against the ruling corporations, Faith's parents, scientists Martin and Erika where shot dead and her sister Cat apparently suffocated from a gas grenade tossed into a vent, through which the girls were trying to escape.

Skilled at free running and refusing to be connected to the Grid, Faith Connors is a Runner who makes her living from covert delivery jobs.
Released from prison, Faith uncovers a hidden truth inside the walls of the dystopian city of Glass, where every aspect of life and society is controlled by corporations.
Cosplayers Amie Lynn, Courtney Leigh and Caitastrophic Cosplay embody perfectly the Runner who has decided not to be part of the Conglomerate machine.