Faith has a Runner Vision to recognize paths 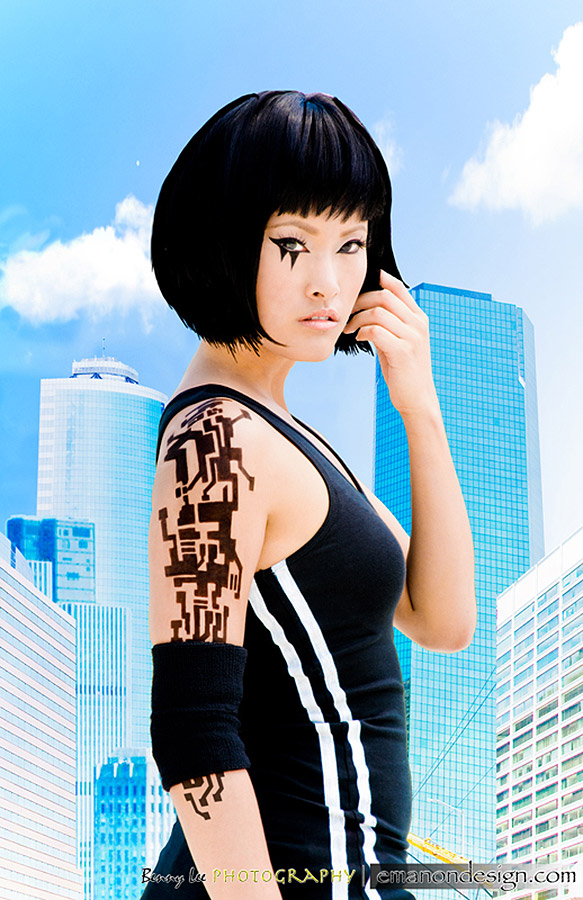 At the end of the game, the media reports that Faith's actions have only served to intensify Project Icarus, and Faith and Kate are still wanted for Pope's murder.