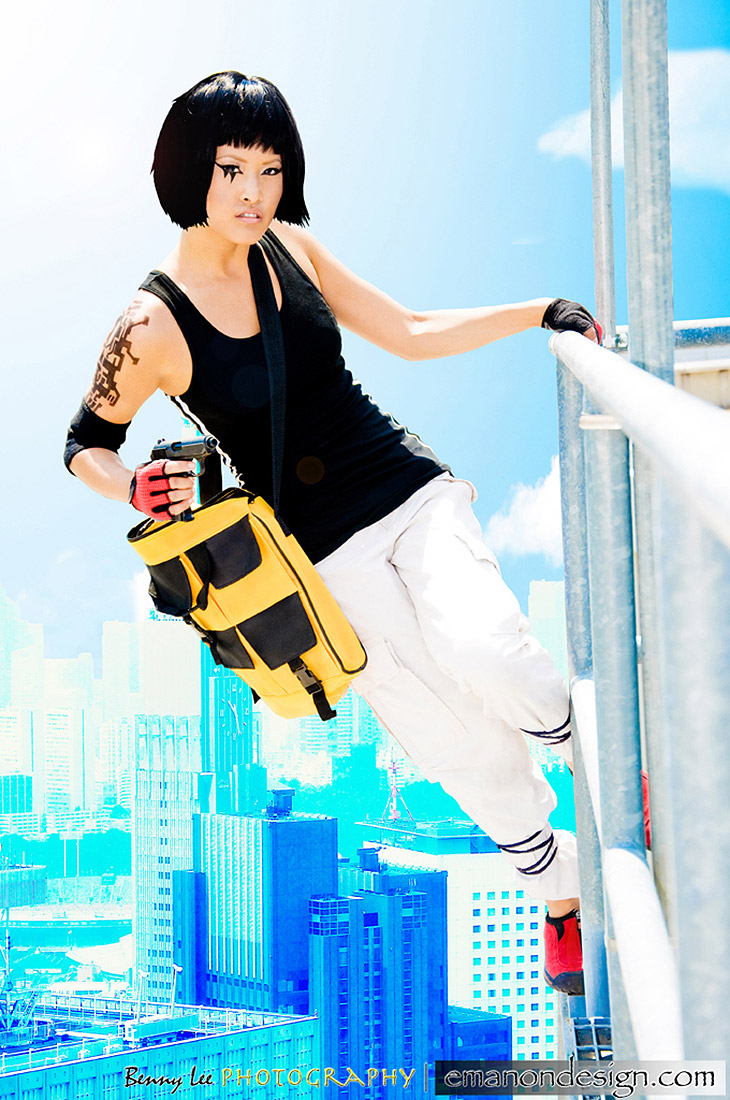 The protagonist Faith Connors has a distinctive tattoo around her right eye, imitated by the game's logo.